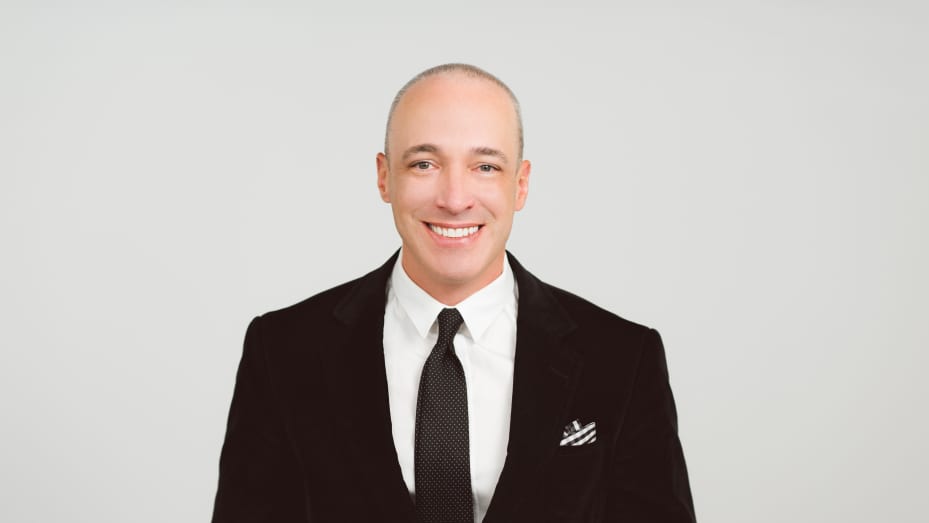 This story is part of the Behind the Desk series, where CNBC Make It gets personal with successful business executives to find out everything from how they got to where they are to what makes them get out of bed in the morning to their daily routines.

Today, Trevor Burgess is the CEO of the AI-driven flood insurance company Neptune Flood Insurance. But he may be best known as the first openly gay CEO of a publicly listed bank after the company he founded, C1 Financial, Inc, IPO’d in 2014.

“If that can help the next generation of leaders come out and feel comfortable being authentic, like kids who are in college and considering careers in finance or being entrepreneurs, I’m really lucky,” Burgess says. “It’s a pure feeling of honor to have that podium.”

(Burgess left C1 when Bank of the Ozarks bought it in a $402.5 million stock deal in 2016. Burgess owned 1.27 million shares worth more than $31 million at the time. He also received $5.7 million as part of a non-compete agreement in the deal.)

Of course, Burgess’ journey to success as an openly gay man wasn’t always easy. At times, “it was just incredible nastiness,” he says, especially as an investment banker in the late ’90s.

Burgess developed a “thick skin” and focused his attention on his work.

But corporate America and society have come a long way, Burgess says.

“Tim Cook is openly gay. [He is] one of the most powerful CEOs in the world. If you think back to the early 1990s, no one would have ever even imagined that as being a possibility,” he says. “Today, in one generation, you have this massive shift. Gay and lesbian people were always there. It’s just now they’re much more comfortable being authentic and being themselves.”

Here, Burgess talks to CNBC Make It about coming out in college, climbing the ranks while openly gay and his advice for the generation.

On growing up: ‘I was a precocious kid’

I grew up with a single mother in Hanover, New Hampshire, where there are more cows than people. (It’s also the home of Dartmouth College.) I grew up playing in the woods. We lived on the Appalachian Trail. I was always thinking, “there must be a bigger, wider world out there.”

I was always a little bit of a precocious kid, and I had an early entrepreneurial streak. I started a company greeting cards business when I was in high school. Then in college [at Dartmouth], I had a couple of different things, one with T-shirts and one with a [travel marketing] agency.

I always liked to try to do a little bit more. I think it’s because I didn’t have much money.

On realizing he was gay: ‘I had no name for it’

When you develop those feelings as an 11-, 12- or 13-year old, they can put a name to it [today]. But in New Hampshire in the early 1980s, I had no idea. [I had] no role models, nobody on TV. There was no Ellen [DeGeneres]. There was nothing. I had no name for it and no concept for it. So that makes you feel very alone.

Certainly one of the reasons that I decided to live a very authentic life is to help make sure that the successive generations of kids coming to terms with their sexuality have role models and can look to stories of different successful people and realize that there is a path forward.

On coming out: ‘From that point on, I sort of never had a filter’

I think some of my choosing to go to Dartmouth was a bit of this hope that I could just contain whatever “this was” inside of me, that felt very different.

But that didn’t really work. Late in my freshman year, I came out. I had been the president of my fraternity and ended up resigning and became president of the gay students’ group.

I ended up taking the job at the one company where I was out, which was Monitor, which was this really cool strategy consulting firm run by a bunch of Harvard Business School professors. It was really neat to go work for a company that in 1994 was comfortable hiring an openly gay person.

From that point on, I sort of never had a filter. If somebody asked me what I did that weekend, I would tell them I was with my boyfriend or whatever. It just was never something that I felt like I should have to hide.

On the early days being out at Morgan Stanley: ‘Success is the best revenge’

At Morgan Stanley, it was a tough environment at that time, and they certainly have come a very, very long way. But there were all sorts of crazy incidences of slurs and discrimination and clients telling crazy stories about hating gay people and hating people who have AIDS.

It was very much of that time of the sort of the late 1990s and then things really started to change a little bit.

That’s sort of the advice that I give to people, that life is not always fair. But success is the best revenge.

If you work really hard, you can succeed and you can make a difference. I sort of felt at Morgan Stanley that they had no choice but to promote me because I was so good.

But that was ultimately what led me to decide to become an entrepreneur. I really wanted to help shape a different sort of environment where people, whether they’re gay, women or people of color, could be much more authentic with themselves.

On enduring antigay sentiment: ‘These were really their problems, not my problem’

It really helped me develop a very thick skin during that time and realizing that these were really their problems and not my problem. Making jokes about f*** who died of AIDS at a closing dinner when you’re celebrating a big deal — that’s their problem.

That is no reflection on me and what I’m doing in my life. My husband and I are about to celebrate 25 years together and we have an 11-year-old daughter. I’ve got a pretty good, interesting, fun life.

Since then, what has changed in society is a willingness to call people out and say that’s just not acceptable — and that’s probably a good thing.

On what makes him successful: ‘Understand the details’

I have this obsessive-compulsive need to really fundamentally understand the details. I ask tons of questions.

For example, is it legal for us to sell [insurance] in Kentucky? — it’s a yes or no answer, but I want to read the law. I want to understand why.

On his best advice to entrepreneurs: ‘Don’t let people dissuade you’

Hire really smart people — smart people can do the work of two or three people. And make sure that you have a revenue model that really makes sense and that is sustainable.

And lastly, ignore those who spout a lot of conventional wisdom and ignore the naysayers. Follow your true North. If you believe in your business and you believe in yourself and you know that path is going to succeed, don’t let people dissuade you from that. Don’t let a lot of negativity enter you.

This really goes back to me being an openly gay man and CEO. That thick skin that I had to develop as a young investment banker really has served me well.