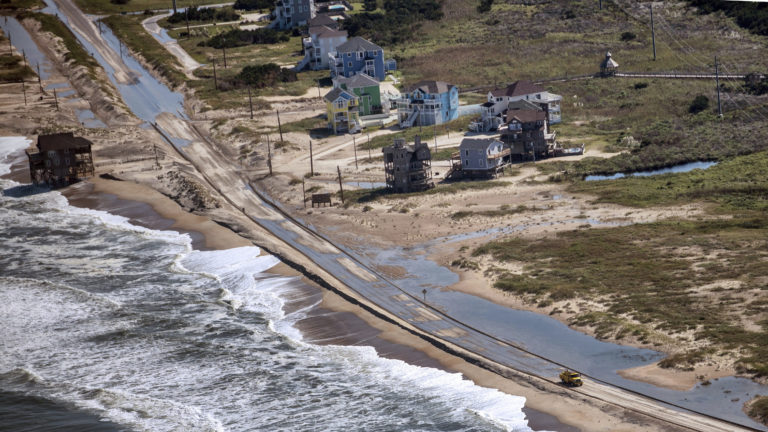 The Aftermath of Hurricane Dorian: Southeast States ‘Dodged a Bullet’

Residents and the insurance industry in Southeast states are feeling relieved after Hurricane Dorian grazed the U.S. coastline last week just days after it caused catastrophic damage in the Bahamas.

While the storm was at one point a Category 3 as it headed toward South Carolina, it ultimately stayed mostly offshore, bringing some flooding and damage but mostly sparing the region – a dramatic difference than what Dorian did to the Bahamas when it hit several islands with 210 mph winds. Damage estimates there have reached as high as $7 billion.

“Everyone in the state I believe is breathing a sigh of relief,” South Carolina Director of Insurance Raymond Farmer said in an interview on Friday. “The eye of the storm got real close to our coast and the bands on that western side took up about half the state, but the eye never got on land here in South Carolina. The damage is somewhat lighter than everyone thought.”

According to CoreLogic, Dorian made landfall off the coast of Cape Hatteras, North Carolina, as a Category 1 hurricane with maximum sustained winds of 90 mph. It brought some heavy rains and storm surge to the coast of South Carolina, but nothing like what was originally anticipated.

Farmer said on Friday afternoon claims were coming in but in much smaller numbers than what was originally feared when the storm was first forecast to come through the state. Farmer said flooding was reported in Myrtle Beach and Hilton Head and there was also flooding in Charleston, but the water was already receding Friday afternoon. Farmer said about four tornadoes were confirmed as of Friday, but extensive damage was not reported.

Still, Farmer issued a data call on Friday for all licensed property and casualty insurers in the state with claims related to Hurricane Dorian, with the first due date being Sept. 23, 2019 for all catastrophe claims data reported as of Sept. 18, 2019. Three other reports will be required through April 2020. Farmer also issued a bulletin requiring insurers to work with impacted insureds and businesses and provide relief from certain insurance requirements.

In North Carolina, Dorian left a larger trail of destruction – spawning at least 25 tornadoes and causing massive flooding on Ocracoke Island and the Outer Banks. Insurance Commissioner Mike Causey said there are numerous claims being reported but the damage is not as severe as what the state experienced from Hurricane Florence last year.

“When the storm came in, some of the coastal areas were at low tide so we didn’t see the storm surge that we could have had and the flooding is not nearly as bad as it was during Hurricane Florence,” he said. “But it is still a problem because there’s a lot of people that did receive damage.”

As of Monday evening, Causey said more than 3,300 claims had been reported, with the majority of those in Carteret County.

Causey said he issued a directive to insurers to allow other adjusters to come into the state and assist with adjusting claims. NCDOI will coordinate the arrival of adjusters to help homeowners and businesses, and will also assist with a plan for collecting and disposing of the many flooded vehicles on Ocracoke Island. Causey is urging consumers to be on the lookout for fraud during their recovery and he said agents should also report anything that seems suspicious. 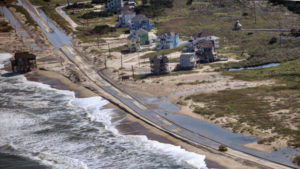 “If [agents] suspect there is fraud in a claim or in something going on, report it to the North Carolina Department of Insurance Criminal Investigation Division – they can do it anonymously,” he said.

Causey said he has been heartened by the support from numerous other state insurance departments and the National Association of Insurance Commissioners, who all reached out to offer assistance with North Carolina’s recovery. Insurance claims villages would likely be set up later this week, he noted.

North Carolina Gov. Roy Cooper visited Ocracoke Island on Sunday to see the damage and said the flooding has been devastating for many in the area. About 200 people in North Carolina were in shelters and 57,000 were without power as of mid-day Saturday, according to the governor’s office. As of Monday, the number of homes and businesses without power had gone down to 3,600. Most outages were in Hyde and Craven County, and about 1,500 of those outages on Ocracoke Island.

“The collective thoughts from people is they are pulling together and getting through this,” Cooper said in a press conference. “Overall this could have been much worse for our state.”

Online flood insurer Neptune Flood writes flood coverage in several coastal states in the Southeast, including Florida, Georgia, North and South Carolina, but CEO Jim Albert said the company is seeing very little claim activity from Dorian, which he said he is hopeful is a good sign that policyholders withstood the storm without damage.

“Dorian was a very different storm but from what I hear in talking to some of our policyholders and people who live in North and South Carolina – this was less of an event than Florence,” he said.

The Florida Office of Insurance Regulation said in an e-mail to Insurance Journal that it would be issuing a data call to insurers for Dorian claims.

“OIR expects insurers to be accessible and responsive to policyholders in the handling of claims and will hold insurers accountable for non-compliance,” OIR said.

President of the Florida Association of Insurance Agents Jeff Grady said they have contacted several coastal agency members up and down the Florida east coast and have received no damage reports to date.

“Thankfully, it appears that Dorian was a non-event for Florida… it seems as if we dodged a bullet,” he said.

“It is early and hopefully this is the only storm we’re going to see this season, but if it’s not we’re prepared,” he said.

The industry says it is typical to see increased interest in flood insurance after a major event like Dorian.

Albert said 40 percent of their book of business is in non-mandatory flood zones, and the company saw an uptick in policy acquisition and at least a 25% increase in coverage interest after Florence hit the Carolinas last year. Agents, he said, are really helping to drive home the importance of flood insurance and events like Dorian are prime examples of why policyholders need the coverage.

“Historically, when talking to customers, agents have always led with homeowners’ insurance and then go back and offer flood insurance,” he said. “What we see changing is they are now leading the conversation with flood insurance … that’s really new and it’s driven by giant storms like Florence and Dorian and the constant attention to climate change.”

Causey said last year after Hurricane Florence there were about 88,000 claims denied by insurers because they were flood-related and not covered on a homeowners policy. Since Florence, Causey said the number of policyholders in the state with flood coverage has increased slightly from 135,000 to 141,000, but that number needs to be much higher.

NCDOI has hosted several flood conferences around the state and plans to focus on enhancing the state’s private flood insurance market in 2020 with offerings that include better coverage and rates than the NFIP.

After Dorian, Causey hopes more residents will see the need for flood insurance.

“What we’ve been talking about and tried to get out to folks is everybody in North Carolina lives in a flood zone,” he said. “If it rains where you live, you need flood insurance. I believe as more people see how often these storms are coming in and the high chance we have for flooding in areas that have never flooded before, we will see more and more people deciding to buy flood insurance from the private market.”