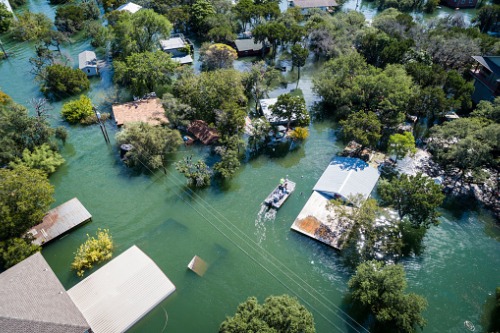 The 2020 Atlantic hurricane season came to a close on November 30 after breaking the record (previously held by 2005) for the most named storms. The National Oceanic and Atmospheric Administration (NOAA)’s prediction of an above-normal season came true, with 2020 producing 30 named storms, of which 13 became hurricanes, including six major hurricanes with top winds of 111mph or greater.

What has become clear, especially with the assistance of catastrophic risk modeling, is that really anybody with Atlantic coastal exposure in the eastern United States is vulnerable to storm-triggered flooding. After years of increased storm activity, driven partly by the impacts of climate change, reinsurers are starting to scrutinize flood risk more carefully, and plan for greater losses than seen historically. As Jim Albert, founder and chairman of Neptune Flood, put it: “The historical averages get thrown out the window when you have this increasing trend of intensity and damage associated with storms.”

If the cost of reinsurance goes up, the cost of all flood insurance goes up. This is clear via the cost increases in the government-backed National Flood Insurance Program (NFIP). While the NFIP rate hikes are capped by statute as far as how much the price can inflate each year, they are still not capturing the actual underlying flood losses across the country. Albert commented: “Unfortunately, I think that consumers and businesses should expect to see continued increases in flood insurance costs.”

There are ways to offset that trend, according to Albert, one of which is market competition. He told Insurance Business: “When I started Neptune Flood in 2016, there were really only a handful of private flood insurers in the market; the whole market was pretty much set by the NFIP and their rate structure – they had 96% market share. In the last five years since Neptune came on board, there are now about 120 private flood insurers in the US, and they all have different models that are a little more sophisticated than the NFIP’s. As a result, in any market where you have an influx of competitors, you will find a trend down in rates.”

There are some who expressed concerns that private flood insurers were entering the market to take the safest risks off the NFIP and make money off those risks, while the federal government and the taxpayer are left holding the bag on the more severe risks.

“That’s absolutely not what’s happening,” said Albert. “There are many different data analytics modeling firms, including about five or six predominant ones whose models are all different. Each private flood insurer is using one or more of these models, but they’re also contracting with global reinsurers who have different risk appetites. Some reinsurers like the high-risk coastal zones because they can get the highest premium for those, while others will say they won’t write a risk that’s within five miles of the coast. Some only like inland flood, and others like certain geographies. If you net all of that out across 120 private flood insurers, you’ll find that they have an appetite for every kind of risk that’s out there.

“Certainly, we think the best solution is to offer flood insurance to as many people as possible. We’re trying to expand the market for flood insurance and we’re trying to make it very easy to buy flood insurance. As a result, we’ll write premiums and we’ll sell policies in the highest risk zones right on the coast, or in areas that are flood prone on the Mississippi River and Missouri River. We’ll write all over the country.”

Only then, with more available and affordable flood insurance nationwide, will the market start to mitigate its rising cost problem.