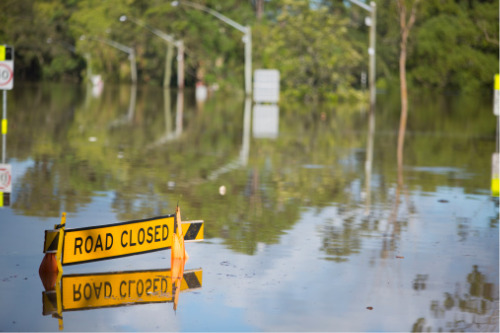 The private flood insurance market has been working towards customizing coverage and simplifying claim processing for both high and low risk clients; and, according to two experts, the National Flood Insurance Program (NFIP) may be struggling to keep up.

Read more: NFIP gets reauthorized, set to be extended for another year

“Anywhere between 85% and 95% of homes do not have flood insurance,” Matt Junge head of property solutions for US and Canada at Swiss Re told Insurance Business. “When we’re looking at the flood space, we look into how to decrease the flood protection gap.

“Swiss Re is focused on is creating a robust flood insurance market but before than can happen, the focus should be getting more people insured for flood. A lot of people want to compare the private market and the NFIP and say it’s a competition when really, it’s a collaboration, they’re complementary. There’s so many people who don’t have flood insurance so we shouldn’t be fighting over the very few that actually do purchase policies.

Trevor Burgess president and CEO of Neptune Flood told Insurance Business that the private flood market has higher coverage limits and optional coverage, and companies such as Neptune do not require clients to have an elevation certificate to bind a policy, saving money and time.

“Since everything is digital at Neptune, we’re able to communicate much more clearly and quickly than the alternative, which is the federal government and FEMA’s NFIP system,” said Burgess.

Neptune has also been working on incorporating climate change into its models.

“This is something that the NFIP has not yet done,” Burgess explained. “We’re very focused on what can an individual or a business do to hedge their risk of climate change, and buying insurance is the most practical.”

“What we started offering was a simpler alternative to getting into the flood space,” Junge added. “We launched a flood product five years ago and its fully customizable. We’ve had big success with that product.”

Junge highlighted that the flood insurance industry has a better handle on three things: the understanding of hydrodynamics, risk maps, and probabilistic modeling.

The NFIP is planning to launch Risk Rating 2.0 this fall and policy prices are expected to increase by almost $100 per year.

“That’s going to be a big moment where a lot of people are going to be searching for an alternative,” said Burgess. “77% of NFIP customers are going to see a price increase with Risk Rating 2.0.”

“The insurance industry and the NFIP have all realized that we need to have a simpler approach,” Junge explained. “I think what we’re seeing with the NFIP is that they’re also trying to improve that ease of business and recognize the limitations they had in the past.”