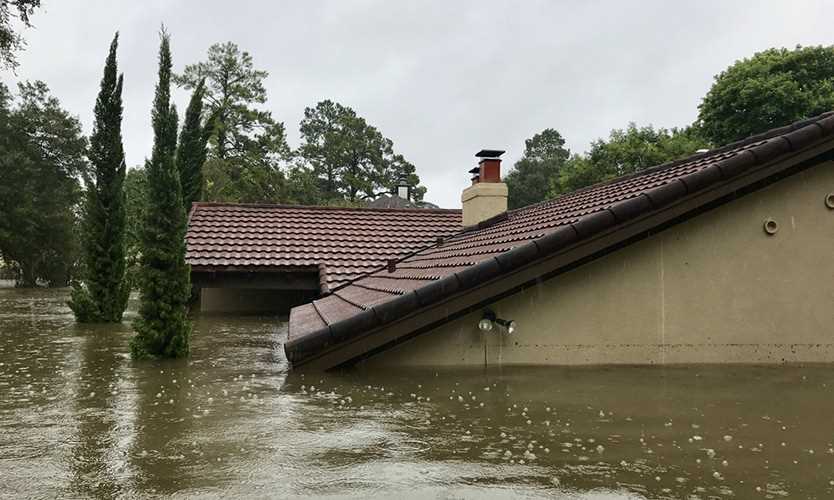 The National Flood Insurance Program is adopting an approach to rating flood risk employed by the private market for years that can more accurately capture an individual property’s true risk of flood, but there is uncertainty over exactly how the new rating system will work, while some critical problems such as how to deal with repeatedly flooded properties remain unaddressed by the new system.

“We’re going to change an insurance rating structure that hasn’t fundamentally been changed since the 1970s,” said David Maurstad, deputy associate administrator of the Federal Insurance and Mitigation Administration of the Federal Emergency Management Agency and chief executive of the NFIP. “We’re going to consider more flood risks than we currently do now. It is going to be based on replacement costs of the properties.”

More information about policyholder impacts will be released in the coming weeks, but the new rating system will be “data-driven” and factor in different variables rather than basing flood insurance premiums simply on whether or not a property is in a flood zone, Mr. Maurstad said. For example, the new system will determine a policyholder’s flood risk by incorporating elements such as different types of flooding — heavy rainfall from a hurricane, river overflow or coastal surge — and a building’s distance to a coast or river.

“I applaud the fact that they’re moving toward a private market rating mechanism,” said Craig Poulton, CEO of Salt Lake City-based Poulton Associates Inc. “I think they could have done it before now, but it displays and accentuates the benefits of having competition in the flood space. If we had not been doing essentially what they are proposing to do, they would have never done it.”

But there is concern about the uncertainty over exactly how Risk Rating 2.0 will work and FEMA’s lack of transparency over the new rating initiative, namely what the new pricing could look like, according to stakeholders.

“For private flood insurance in the face of Risk Rating 2.0, what I see happening is FEMA will get some things right, they’re going to get some things wrong, there are going to be pricing discrepancies, and private (industry) will be there to fill those pricing dislocations so really, it’s not much different then we have today,” Mr. Dickson said. “It’s just FEMA will now have a more refined rating approach.”

But stakeholders expressed cautious optimism about the few details that have been released so far such as the movement away from mandating flood coverage based on predefined zones toward a more individualistic approach to rating properties. Property owners have often mistakenly believed they did not need flood insurance if they were outside of the flood zone and not required to purchase the coverage to comply with requirements of their federally backed mortgages — a misperception that proved incredibly costly in places like Houston after Hurricane Harvey.

The new rates will factor in the replacement costs — the cost to repair or replace part of a damaged property — of individual properties rather than basing reimbursements on averages, as the program currently does.

But Mr. Albert expressed concern about FEMA’s implementation timeline. Rates for all single-family homes will be available to insurance industry partners on April 1, 2020, and will go into effect nationwide on Oct. 1, 2020.

“I don’t understand why they’re waiting until October 2020 to implement the changes,” he said. “That’s two hurricane seasons from now. That’s a long time away.”

And the new rating system will not address the issue of repetitively flooded properties specifically, as current NFIP authority does not require or facilitate additional charges for these properties, according to FEMA officials. Addressing the multiloss properties issue will likely continue to be a discussion point with reauthorization of the program, they say.

“The thing that’s fascinating is that with Risk Rating 2.0, FEMA has said we can take pricing action, we don’t need a congressional mandate to properly price flood risk, but when it comes to the severe repetitive flood loss locations, they say we need Congress to act,” Mr. Dickson said. “These are political hot-button issues, these locations. They’re properties where structures were built where they don’t belong. If FEMA does have authority to set pricing for flood insurance, then FEMA has the authority to revisit pricing for these locations to make that pricing punitive in nature to drive behavior — the behavior that’s desired being that people need to move from those locations. Those homes are a drain on the program. They’re a drain on the taxpayer.”

While these properties comprise just 1% of the claims filed through the NFIP, they have historically accounted for between 25% and 30% of the program’s losses, according to research by the Pew Charitable Trusts in Washington.

“I would like to see stricter rules as to where developers can develop,” said Alan Rubin, a New York-based principal and member of Blank Rome LLP’s severe weather emergency recovery team, citing areas such as Houston and near the Everglades in Florida. “That’s going to be very hard to do, because then you’re telling people where they can and cannot build, but I think that’s necessary.”

The Risk Rating 2.0 announcement came in the wake of a series of legislative proposals being released and debated to reauthorize the program ahead of another expiration, including a bill that would extend the NFIP to Sept. 30, 2024, and increase the limits of coverage from $250,000 to $500,000 for residential properties and from $500,000 to $1.5 million for nonresidential properties.

“Are those arbitrary numbers?” Mr. Rubin said. “Did they take a look to figure out that’s appropriate? Have they engaged the insurance industry and brokers to make sure those numbers are realistic? We know that it has to increase. We know that there needs to be change, but I just want to make sure that … it makes sense and that they bring in experts in the field to be able to say those numbers are viable.”

Several experts expressed cautious optimism that Congress can get some consensus on a reform package, but note that there are differing views on major issues such as how to handle the NFIP’s massive debt and it is uncertain whether legislators can resolve those differences ahead of the program’s May 31 scheduled expiration.

“It will be May 31st before we know it, though,” said Tom Santos, vice president of public policy advocacy for the American Property Casualty Insurance Association in Washington. “The clock is ticking.”