Most of the market is covered by the National Flood Insurance Program, but founder and CEO Jim Albert said he saw a serious coverage gap that a nimble startup could help fill.

“I saw a huge gap in the market, where every flood and hurricane exposed thousands of homeowners to the shock that they were not covered for flooding,” Albert explained to Carrier Management editor Mark Hollmer.

Albert chose to build a company that is embracing the flood insurance market through a robust use of InsurTech. Neptune, which is based in Florida, launched in 2017 with a promise of using advanced mapping technologies and aerial remote sensing to create sophisticated algorithms that help evaluate flood risks to more efficiently cover homeowners. A year later, Neptune touted its digital store Neptuneflood.com as allowing users to quote and buy flood insurance in less than three minutes, with a five-day waiting period and no need for a surveyor to come to a customer’s home to generate an elevation certificate.

Now authorized in all 50 states and the District of Columbia, Neptune Flood is backed by global insurers and has policies in 38 states.

Below, Albert’s answers to a Q&A help flesh out the company’s mission, growth strategy and its InsurTech connections.

Q: Can you describe your company in a sentence?

Albert: Neptune is an InsurTech private flood company using advanced data analytics and technology to create a two-minute quote-to-bind process, helping to make flood insurance available to the tens of millions of Americans in need of better flood solutions.

Q: Why are you in the flood insurance space when so few private insurers have done the same?

Albert: I started Neptune because I saw a huge gap in the market, where every flood and hurricane exposed thousands of homeowners to the shock that they were not covered for flooding. For example, nearly 80 percent of those with losses in Hurricane Harvey or Hurricane Florence did not have flood insurance, and a similar percentage were in zones not considered high risk by the NFIP.

With flood maps frequently decades old, changes in flood risk were not being captured or communicated to homeowners. As a technologist, I saw an opportunity to use the advances in high-speed computing, big data and flood-specific data analytics to dramatically improve the process of buying flood insurance and as a result open up the market.

Flood insurance is the most misunderstood and underutilized P/C product. Whereas only five million homes in the U.S. have flood insurance, Verisk recently estimated the actual need as high as 62 million. Coupled with increased storm intensity, heavier rainfalls and climate-induced higher tides, there is a tremendous opportunity to provide a much-needed solution to the market. So, we built it.

Q: Where do you fit in the InsurTech universe?

Albert: Neptune sources vast amounts of data and data analytics and combines them into a proprietary, patent-pending model within our Triton engine. Currently in residential flood, our second product offering, commercial flood, is in development and planned for launch in early 2020.

Q: What are you bringing to the flood insurance space that’s different?

Albert: Since our launch in 2017, we offered a simple quoting and binding process with only a few questions, automated risk selection and underwriting, and an intense focus on compliance. It helps that our chairman, Trevor Burgess, is an ex-bank founder/executive, bringing both entrepreneurial experience as well as a detailed compliance mindset that is unusual in the startup space. 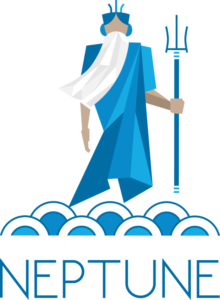 Neptune’s Triton rating and risk selection engine conducts single risk modeling on each address entered, ensuring that the rate provided is unique to the characteristics of that structure and location. As a result, Neptune can offer compelling pricing options for consumers not available under the NFIP’s generic rating methodology.

A large part of my time is spent educating consumers and agents on the need for flood insurance to help overcome the natural “it won’t happen to me” reluctance of consumers to buy insurance. Flooding is the most common property risk in the U.S., and growing.

Q: How can you grow in the private flood insurance market when the NFIP still dominates?

Albert: The greatest factor, by far, is the fact that no one really enjoys the process of buying insurance, of any type. Making the Neptune product so easy, with an Amazon-like buying experience, no trailing documents and no need for the 1980’s-era elevation certificate, brings buyers into the market.

While the NFIP has about 90 percent share, the NFIP product is restricted by inaccurate flood maps, a cumbersome manual quote and bind process, and limited coverages which result in a high percentage of policyholders being underinsured.

We are seeing increased uptake in non-mandatory (X) zones, as homeowners are much more aware of flood risk with the high losses in these zones from recent floods. In the mandatory A and V zones, we are also seeing increased conversion, as banks are more diligent on enforcing the coverage requirement. Climate change is driving greater awareness across the board.

Q: Can the flood insurance market be competitive?

Albert: Yes, very much so. When Neptune started in 2017, there may have been four or so viable private flood companies. Today there are well over 100. The prescription for greater competition and therefore more consumer choice includes:

Albert: I hesitate to ask for government “help.” That said, there are many committed, knowledgeable flood experts in state and federal government that recognize the problems and are trying to fix them. It is inevitable that, as currently structured, the NFIP will take enormous losses into the future.

In addition to the actions listed above to create more competition, a huge reform step would be to depopulate the NFIP. The state of Florida successfully depopulated its homeowners carrier Florida Citizens Insurance, resulting in much lower aggregate risk, lower loss ratios and lower ancillary assessment risk for Florida homeowners. Similarly, the NFIP has tremendous risk of future losses due to overaggregation in virtually every coastal market. Opening up the market by depopulating the NFIP and converting to a residual carrier of last resort would ensure more options for consumers, lower prices, while retaining the backstop of a federal program for those that cannot attain insurance elsewhere.

Q: How many people work for the company?

Albert: Based in St. Petersburg Fla., Neptune has a core employee base of 13, with over 50 percent of those in technology. We also support an extended contract-based team for operational and claims support.

Q: Can you describe your business model?

Albert: Neptune’s model has been to combine the high growth rate of PE-backed InsurTechs, without the debt burden of high capitalization. Neptune has grown by 400 percent in 2019, while also being cashflow positive and generating a profit. We have created a company that is sustainable in any market and high growth as the demand for flood insurance continues to grow.

Q: What are your expansion plans heading into 2020?

Albert: Neptune’s model of extreme ease of use coupled with the accuracy of advanced technology has proven to be very successful in private flood. However, it is equally applicable in other lines.

Early in 2020, we will be launching a small commercial flood offering, using the same model of advanced analytics and automated quote and bind. Further into 2020, we are considering other growth options, including greater geographic coverage, additional coverage options and more. Stay tuned!