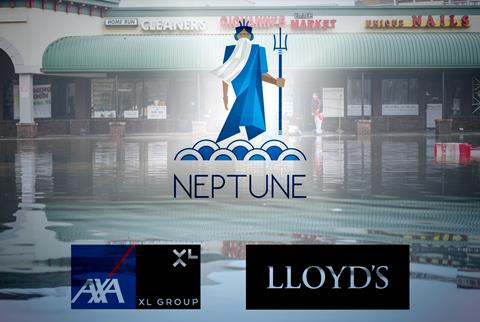 AI-driven US MGU Neptune Flood has secured capacity from Axa XL and Lloyd’s to begin offering small and mid-sized businesses flood insurance for the 2020 hurricane season.

From today, more than 10,000 agents Neptune works with are now offering commercial flood insurance to SMEs in 48 US states.

To begin with, Neptune will offer its flood coverage to non-residential businesses such as offices, retailers and restaurants. Later this summer, phase two of the commercial flood insurance rollout will see Neptune offer its product to hotels, apartment buildings and condominiums.

In a statement, Neptune said all of its commercial flood insurance policies will be issued by Axa XL and Lloyd’s.

Neptune’s new commercial flood product meets the bank mandatory acceptance rules which will provide SMEs with an alternative to the federal government programme. The insurtech’s flood product offers up to $2mn in building coverage, compared with the $500,000 offered by the NFIP.

St Petersburg, Florida-based Neptune’s new commercial coverage also offers a flood-related business interruption insurance option that provides $500 of coverage to a business for each day it is closed. Flooding is not usually covered by standard business insurance policies, Neptune said.

“Over the past two years we have built this amazing artificial intelligence-driven technology for our extremely popular residential flood insurance offering and realised that the need to save time and money and to have the best possible coverage was just as great for small and medium sized businesses as it is for homeowners,” said Neptune’s president and CEO, Trevor Burgess.

“Currently, there are hundreds of thousands of businesses that are not properly insured from the catastrophic risk of flooding this upcoming hurricane season and now Neptune can help them,” Burgess added.

Neptune was launched in 2017, and is focussed on developing technology that helps consumers access insurance coverage for catastrophic flooding.

Since its launch, over 30,000 US households have purchased Neptune’s original residential flood insurance product. Using its technology and data analytics means residential flood consumers can quote and buy insurance in less than three minutes, according to the company.

The new SME offering comes after Neptune announced at the beginning of this week that it had partnered with Plymouth Rock Assurance to offer its coverage to the Northeastern US-focussed auto and home insurer’s policyholders for the 2020 hurricane season.

Neptune will sell its flood product alongside Plymouth Rock’s homeowners product through the carrier’s network of independent agents.