How will the looming government shutdown impact flood insurance? 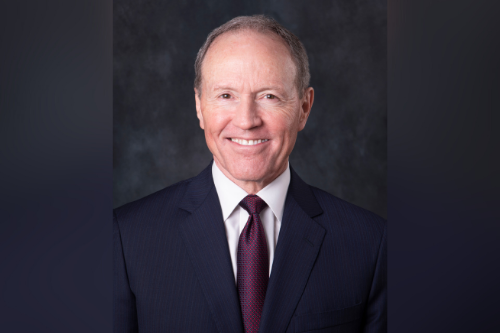 FEMA’s National Flood Insurance Program (NFIP) is set to launch its new rating methodology Risk Rating 2.0 on October 01. The caveat is that many in the flood insurance space are waiting with bated breath to figure out if the US government shutdown will take place tomorrow (September 30).

“This week will be very interesting for flood insurance. Not only do you have a potential government shutdown, but Risk Rating 2.0 is supposed to go into effect over the objections of dozens of Congress members,” Trevor Burgess, CEO of Neptune Flood Insurance, told Insurance Business. “That volatility and level of uncertainty has driven a lot of consumers to look into private alternatives.”

“In the case of a government shutdown on September 30, which will include critical FEMA activities such as the NFIP program, Neptune Flood Insurance will remain open,” said Burgess. “It’s a critical service for the tens of thousands of home buyers needing flood insurance in order to close on houses in October, as well as for existing home and business owners refinancing or protecting their existing properties.”

Meanwhile, CEO of Poulton Associates, Craig Poulton (pictured above) believes there could be silver linings to the cloud.

“Counterintuitively a lot of people will benefit from an NFIP shutdown because it will force insurance producers to look elsewhere and find coverages at a better price,” he said.

Private flood insurance uses the same underlying form and rules as the NFIP. Burgess explained the benefits with private flood insurers, like Neptune, is that optional coverages, replacement cost, temporary living expense coverage and, most importantly, higher limits are offered.

Still, it’s hard for private insurers to compete with the NFIP because there’s such large subsidies from the federal government on coastal properties.

“That will slowly change as the NFIP adjusts prices which will leave consumers looking for more coverage options with higher limits,” said Burgess.

As the subsidy from the federal government dissipates, private flood alternatives will be in a more competitive position in the marketplace he believes.

According to Burgess, over 70% of people will see a price increase due to Risk Rating 2.0, but coastal properties that are higher risk will see larger increases as the NFIP tries to bring them to an actuarily accurate rate given the risk.

“The NFIP is currently $20 billion in debt,” claimed Burgess. “They’ve paid out more than they’ve taken in. If they were a commercial insurance company, they would be bankrupt but they’re a part of the federal government so they can provide subsidies.”

The goal over time is to decrease subsidies, so the NFIP is not a drain on the US treasury.

“They believe it will take 10 years to bring 95% of properties to an actuarial accurate rate. This is not just a one-time increase, it’s a decade long march towards accurate rates,” Burgess added.

“Approximately 50%, or 50 cents of every loss dollar, have been funded by the US treasury,” Poulton claimed. “That’s a bad construct for America and has so many unintended consequences. When you don’t charge people enough for flood insurance, they build homes where pricing doesn’t reflect the risk.”

The risk with public flood insurance, they believe, is that due to the price dislocation people are more likely to build property on ground that is more prone to flooding than if it was appropriately priced.

“Risk Rating 2.0 is designed to mimic what we have been doing in the private market which is to geo-code accurately for each risk and charge an appropriate rate,” said Poulton. “The tragedy of Risk Rating 2.0 is that it’s an improved system but doesn’t take advantage of the capability to raise rates on a fair and equitable basis.”