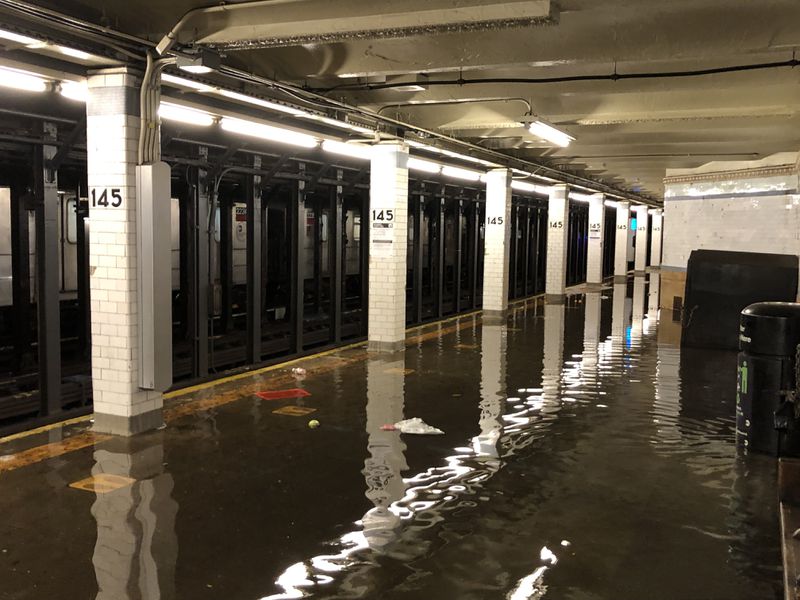 It was a perfect storm — and it’s happening all too often.

Take a Category 4 hurricane, slam it against the country real hard, throw in some warm water from the Gulf of Mexico and the Atlantic Ocean and heat it up with global warming — and you have a storm that pummeled the New York area with record rainfall and flooding.

A day after the remnants of Hurricane Ida tore through the tristate area, residents pumped and dug and chain-sawed their way through the destruction, bracing for the next rare storm which could easily be days or weeks away depending on which way the wind blows.

“When you talk about a perfect storm, it sounds like a once-in-a-century thing,” said Trevor Burgess, CEO of Neptune, a Florida-based flood insurance company that just had a record sales day. “Unfortunately, it’s the new norm.”

The ground in New York City and the surrounding suburbs was already saturated, and rivers were already close to overflowing when Ida blew through with its powerful winds and punishing rain.

[More New York] R. Kelly had a teen walk another girl like a dog in kinky encounter: testimony »

People in much of the Northeast were still drying out from Hurricane Henri, which danced from state to state a little more than a week earlier.

With a relentless new storm dumping buckets of rain across the Big Apple from Staten Island to Starrett City, where was the water to go?

“The drains are already full. The water didn’t have anywhere to go but up,” Burgess said. “We’ve had a number of clients who had claims with Henri and a claim again with Ida. There’s nothing like a huge storm to motivate people to buy flood insurance.”

Burgess said he hopes the storm also motivates people to do something about climate change.

“This was one of the strongest storms ever to hit the United States and it gained steam really quickly over the Gulf of Mexico because of high sea temperatures,” Burgess said.

“Climate change is making the seas warmer and these warmer temperatures are fueling these hurricanes and making them stronger. There was a lot of water in that storm that it picked up from the Gulf of Mexico and picked up from the Atlantic. It still had a lot of strength when it came up to the New York area. That usually doesn’t happen. They usually just run out of steam. But there’s more of that to come.”

Flooding was so severe, the MTA suspended service on most subway lines. Shocking images shared on social media showed flooding at subway stations, on roads and inside homes. At least eight people died in New York City.

“This is one for the record books,” Gov. Hochul said Thursday morning on WNYC. “We’re through the worst of it, for sure, but we also now have to do the damage assessment, make sure there’s no further loss of life.”

More than 20 locations in the subway system were flooded as of Thursday morning, the MTA’s acting Chair Janno Lieber told CNN. He predicted service to get back to normal as soon as the afternoon.

Victims of the storm — including a 2-year-old boy — died while trapped in basement apartments, according to police.

The NYPD urged New Yorkers to “check on neighbors and loved ones, especially those who are elderly or disabled, along with those living in flood-prone locations and basements.”

That’s far more than the 1.94 inches that drenched Central Park for an hour on the night of Aug. 21 as Tropical Storm Henri made its way to the Northeast. At the time, that marked the most rainfall the city had seen in an hour “since record keeping began” more than 100 years earlier, according to the weather agency.

All told, the storm brought 5 to 9 inches of rain to the New York City area and northeastern New Jersey, according to the National Weather Service. There were 4 to 7 inches of rain in southern Connecticut, the Hudson Valley and western Long Island.

Experts turn to evidence on how global warming causes an increase in rare storms and changes in weather.