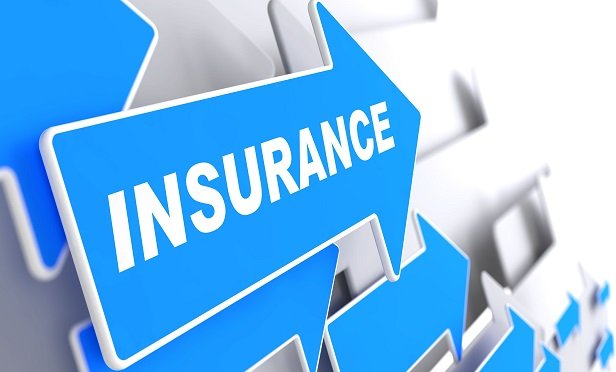 Texas Windstorm Insurance Association’s Actuarial & Underwriting Committee will meet via teleconference on Tuesday, June 30 at 1:00 p.m. to continue its evaluation of proposals for actuarial services submitted in response to the Association’s February 6 request for proposals.  The agenda and information on how to access the livestream via YouTube or for members of the public to participate in the meeting via GoToWebinar are available here.

CopperPoint Insurance Companies’ Ginny Arnett Caro, senior vice president of claims services, chief claims officer, was named one of AZ Business magazine’s Most Influential Women in Arizona Business for 2020. As one of only 50 Arizona women to receive this honor, Caro is being recognized for her impact on the region’s business, injured workers and to the community.

Zurich North America Insurance has selected Jupiter Intelligence and ClaimFlo powered by Safekeep, Inc. to represent North America in the Zurich Innovation Championship. The global competition — now in its second year —  is designed to create collaborations between Zurich and InsurTechs and bring new ideas and energy to the forefront.

Neptune Flood has won the ‘Impact Award’ from the Novarica Insurance Technology Research Council, the largest purely peer-juried award in insurance technology, for its patent-pending, AI-powered rating engine. More than 50 council members, all of whom are insurance industry CIOs, reviewed dozens of case studies to select the winners for the 9th annual awards.

AHT Insurance has partnered with Coalition to release a new product, NAM Cyber Cover, a cybersecurity and risk mitigation program for members of the National Association of Manufacturers (NAM). As cyber vulnerabilities have emerged as the largest risk facing manufacturers of all sizes and types, AHT says, NAM led the creation of NAM Cyber Cover, teaming up with AHT and Coalition to identify, protect and manage the unique exposures facing manufacturers.

Specialty Program Group, LLC has acquired Avant, LLC., a transportation program administrator and wholesale brokerage firm with specialty cannabis and supermarket program divisions. For nearly 50 years, Avant has provided insurance solutions to the transportation, supermarket, and cannabis industries since its founding in 1973.

The Liberty Company Insurance Brokers has partnered with The Browning Agency of Ponte Vedra, Florida. Established in 1989 by Jim Browning, The Browning Agency is a full-service brokerage and consulting firm specializing in high-net-worth personal lines and an exclusive program with the American Rental Association for equipment and party rental businesses.

InSuri, a new risk management consultancy, has officially launched, the company announced. Founded by Tom Pegues, InSuri provides small and medium-sized businesses and startups access to risk management and insurance expertise for low monthly subscriptions of $37 or $97 per month. Subscribers gain access to in-depth custom analyses by expert risk managers, live Q&A advice and support, and a premium on-demand library of videos and resources that will help every type of company make highly informed decisions about their business.

Insurance Marketers Group launched its inaugural Young Insurance Marketer of the Year Award. The award is sponsored by The Chartered Insurance Institute and MS Amlin and is designed to recognize the achievements of young marketing professionals in the insurance industry. Nominations end August 13, 2020, and are open to candidates who have been in marketing for less than 5 years and will be based on projects and activities they have been involved in during the last 12 months. The winner will be announced on Sept. 24, 2020, and will receive funding to take the CII’s new marketing in insurance qualification.

Verisk Analytics launched a new micro-businessowners insurance program to help insurers cover the risks of the growing number of small businesses that are part of the gig economy, typically staffed by four or fewer employees, or are run out of a home or shared workspace. The micro-businessowners program addresses more than 80 classifications, including artisan makers, dog walkers, online retailers, coaches, stylists, yoga instructors, coffee roasters, graphic artists, and DJs, to name a few.

NFU Mutual has launched a free three-month cyber helpline service for its small business and small farm customers in the U.K. The service will be available to existing customers as well as new policyholders.

NJM Insurance Group announced an extension to its NJM Policyholder Relief Program, a program in which NJM returns a portion of auto policy premiums to its personal auto insurance policyholders. This latest refund expands upon the $41.7 million NJM returned in April, which was based on three months of premium. NJM will return an additional $27.7 million to its auto policyholders, representing 15% of the equivalent of two months of a policyholder’s annual premium.