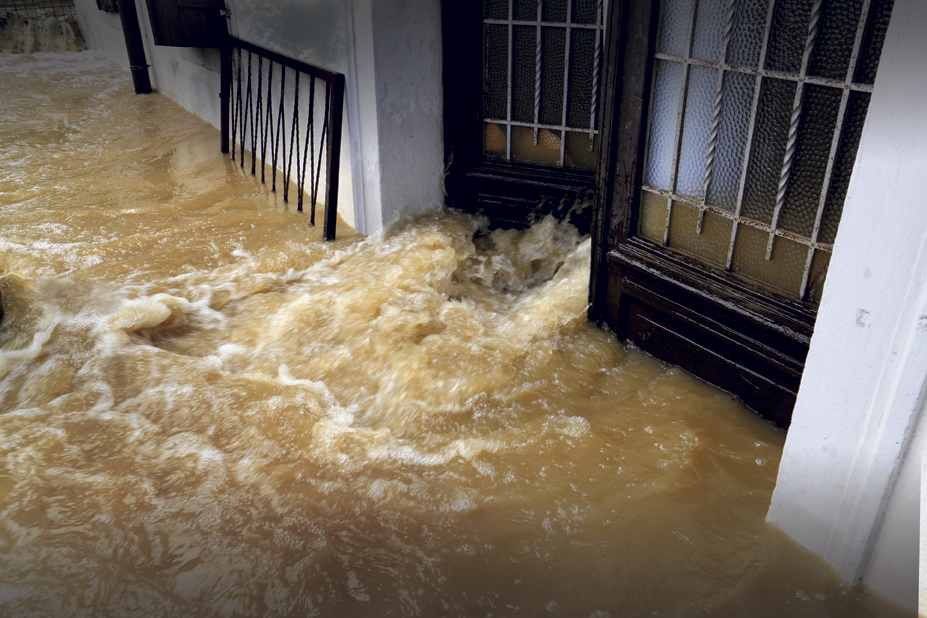 A RIVER RUNS THROUGH … YOUR CLIENT’S HOUSE

“Who lives in a flood zone?” asked the instructor at an educational session I attended. Unless you live in an Ewok treehouse on the forest moon of Endor, it’s safe to say that there’s a possibility of your house flooding. And with changes to the planet’s climate, weather events like floods are occurring with more severity and frequency and in areas beyond coastal regions.

“If it rains where you live, it can flood,” says Chad LaTour, vice president of emerging markets at NatGen Premier. “Keep in mind that nearly 25% of all flood claims come from ‘low hazard’ flood zones.”

“With changing weather patterns and growing storm intensity across the country, the vast majority of homes are at risk for flooding; the question should be, ‘Can I be protected?,’” adds James Watje, senior vice president of private flood at Wright National Flood Insurance Services. “Considering that a startling 98% of counties throughout the United States have been impacted by flooding events, it does not just happen at the coast and is not just caused by storm surges and hurricanes.

“Storms are now commonly hitting a wall and pausing to dump tens of inches of rain on an area, as occurred with Hurricane Harvey in 2017, Florence in 2018, and Dorian in 2019,” adds Jim Albert, chairman and co-founder of Neptune Flood. “King tides used to occur twice a year, primarily in south Florida. Now they occur monthly, up and down the eastern coast of the United States. The southeast Texas area has experienced a ‘once in 500-year flood’ five years in a row. This is the first time in recorded history this has occurred.”

Louis Hobson, senior vice president ofNorth American flood insurance at Chubb, says his company is “putting a spotlight on flood insurance because flooding has been the most common and expensive natural disaster in the United States. Some industry estimates suggest that the coastal U.S. will experience a 40-fold increase in the number of floods by 2050.”

“When it comes to flood insurance, the NFIP has traditionally been the single solution,” says Watje. “Although we feel the NFIP will continue to play a critical role in flood protection in the U.S., private flood insurance carriers have begun to expand flood insurance options through innovative products made available via various channels and platforms. These include excess flood, stand-alone flood policies, and flood endorsements attached to homeowners policies.”

“The NFIP provides roughly 90% of the flood policies in the U.S., and the coverages cap at $250,000 for dwelling and $100,000 for contents,” adds Albert. “This results in a high percentage of policyholders being underinsured, but private companies are growing rapidly, providing compel-ling options to consumers and agents.”

“There are currently about five million residential flood policies in the country; however, Verisk estimates that the number of homes at significant risk of flooding is about 62 million,” he continues. “This ticking time bomb is a tremendous opportunity for agents and carriers to educate consumers on their risk and provide them with options to get coverage.”

“There are numerous options in the marketplace today beyond the NFIP,” says LaTour. “When seeking alternatives, make sure you are working with lender-compliant and financially stable carriers. Current trends have gone beyond early adopters, and we are starting to see a few A rated A.M. Best carriers entering the flood space on a stand-alone admitted basis.

“As with any emerging market, there are pros and cons to consider. Each insurer has various coverage options and policy forms, often unique to them.”

LaTour shares that examples of private market coverage advantages include:

“Reinsurers see the flood insurance marketplace as one of the remaining untapped markets, as there is pressure from competitors on their core lines of homeowners and auto products,” says Tony Caponigro, director of marketing at National Flood Services, a PEAK6 Company. “For that reason, the marketplace is expanding in both consumers’ level of interest and product offerings outside the National Flood Insurance Program.

“There is a push in the personal lines industry to provide more holistic coverage through a flood endorsement to the homeowners policy,” he continues. “This has the benefit of providing an easier coverage for the agent to sell and for the individual to understand. The coverage options vary but are typically provided for lower-risk areas (outside the 100-year flood zone) and have limited amounts of coverage.”

“For residential flood, there has been a lot of private activity, with new entrants and more commitment from large reinsurers,” adds Nicholas Lamparelli, co-founder and chief underwriting officer at reThought Insurance. “The brokers we talk to have begun the process of redesigning flood coverage away from the NFIP. This is difficult in many cases, especially for severe repetitive loss properties where there would be no private solutions and in cases where the NFIP rates are highly subsidized.

“Regardless of the last two circumstances, brokers are still exploring private options for most of the new business and renewals they work on for flood. For low-risk or preferred risk properties, the private market can offer significant savings and better coverage than the NFIP.”

“Websites like www.MyFloodQuote.com provide consumers with an abundance of information about flood risk, flood insurance and an easy-to-use tool that provides a risk score based on a number of factors that aren’t always obvious when looking at the FEMA Flood Insurance Rate Maps or only the flood zone,” says Caponigro.

“There is an advent of enhanced modeling capabilities for flood risk,” says Hobson. “New models include advances in hazard evaluation, accounting for flooding due to snow melt, breaches in flood mitigation structures, overflowing rivers, storm surge and rainfall. As a result, insurers are better equipped to match the risk with premium, thereby enabling them to offer consumers a variety of options.”

“Sensors and other technology are likely to be developed and implemented that could assist in the reduction of losses,” adds Lamparelli. “River and water gauges can be used with meteorological data to create hi-res ‘now casts’ of flooding conditions that can allow property owners to defend against flash floods. The tech-ology of mobile flood defenses has quietly made great strides in the commercial space, and as these products evolve, they should reach a price point where home owners would consider purchasing these services pre-event.”

According to Albert, there are three major myths regarding flood coverage:

“About 80% of Hurricane Harvey victims did not have flood insurance, mainly because their flooded homes were not in special flood hazard areas (A or V zones), so they were not required to buy it,” he says. “Since a high percentage of FEMA maps were created before digital mapping was available, they are not a reliable indicator of risk. In addition, 25% of all flood claims occur outside of high-risk (A and V zone) areas.”

Regarding FEMA, “a federal disaster must be declared before assistance becomes available,” Albert continues. “If a declaration is made, which occurs less than 50% of the time, the ‘bailout’ is usually in the form of a low-interest disaster loan, which must be repaid. Grants are available, however with Hurricane Harvey, the average grant was around $5,000 whereas the average loss was $116,000.
“A best practice is to quote flood with every homeowners quote, as this protects the agency from E&O and adds value to the consumer in the insurance-purchasing process.”

Hobson agrees. “Agents and brokers should make the topic of flood a routine part of their conversations with their clients,” he says. “Insurance is meant to provide peace of mind. Agents and brokers can serve as trusted advisors by discussing flood coverage and presenting quotes to their clients, allowing both home and business owners to make an informed purchase decision.

“Without flood insurance, home owners and business owners may face unsatisfactory options in the event of a flood loss, including the sale of property at a reduced price, receiving federal aid through the Individual and Household Program, which is capped at $35,500, or taking out an interest-bearing loan on top of the mortgage that is typically in place, to make needed repairs to their property.”

While certain zones are more prone to flooding, in today’s climate it’s becoming obvious that flooding can happen anywhere.

“In 2018, Ellicott City, Maryland, was hit with a flash flood for the second time in less than five years,” says Lamparelli. “Elliot City is highly elevated, but streams and tributaries in the area were overwhelmed. This was a lesson for those property owners who ‘live on a mountain.’ Excess water still needs to move, and moving water can soften soil, cause erosion and damage foundations which can destroy properties. Every property owner should have flood coverage.”