Flooding Insurance: Why You May Need It 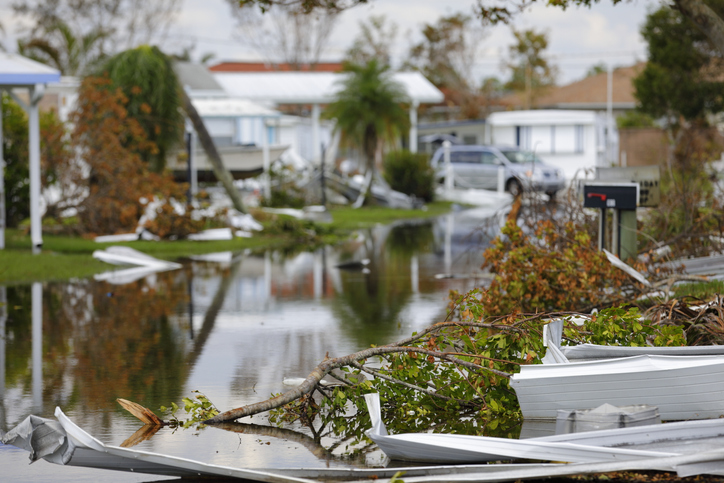 When a hurricane watch — or worse, a hurricane warning — has been issued, it’s too late to suddenly realize that you should have gotten flood insurance. Or maybe you thought it was already part of your policy, only to find out, as the storm was bearing down and you were scrabbling through your insurance documents, that it’s not.

According to Lynne McChristian, consultant to the Insurance Information Institute (III), “Most people fail to read their insurance contract to understand what’s covered and what’s not, and then they’re surprised…they didn’t have the coverage.”

At some point, we’ve all waited until the last minute to do something. When it comes to hurricanes, though, the stakes are too high for that kind of gamble. Once a storm watch or warning has been announced, insurance companies don’t permit homeowners to buy new or additional coverage.

Hurricanes have one thing going for them: they have a specific season (June 1 through November 30) so you can have flooding insurance in place long before cyclones develop. Here’s what you need to know about hurricane-related insurance so you can be prepared long before disaster strikes.

Does my homeowners insurance cover flooding?

No. Homeowners insurance never covers floods. You’ll need to have separate flood insurance that covers tropical storms, overflowing rivers and torrential rain. Remember that only one inch of water can cause $25,000 worth of damage to your home. If you procrastinate, you’re playing Russian Roulette. So it’s good to know that Neptune Flood can provide affordable flood coverage backed by the same cutting-edge technology used by NASA and the Federal government.

Is there a waiting period for flood insurance?

One option for flood insurance is the National Flood Insurance Program (NFIP), which is administered by Federal Emergency Management Agency (FEMA). However, this type of insurance has its limitations. It’s only available to residents of participating communities. Neptune’s insurance is available to anyone who has an internet connection.

Additionally, if you buy your flood insurance through the NFIP, coverage won’t start until 30 days from the purchase date. If a hurricane strikes within that 30-day period, your policy won’t cover flood-related damage to your home or possessions. Let’s say flooding starts a day before your policy kicks in – you’ll be in great danger.

However, if you obtain insurance from Neptune Flood, you’ll have full coverage after only 10 days instead of 30.

Is there another way to get last-minute flood insurance?

Turning to a private insurance company is your best bet for obtaining insurance. Private insurers will assess the risk related to your home based on its location, history and vulnerability. If they decide the risk is too high, they may decline you.

Keep in mind, too, that most insurers stop selling flood policies when there’s a hurricane watch. According to the National Hurricane Center, a hurricane watch is defined as the 36 hours in advance of a potentially fierce storm. It means “watch out.” A warning, on the other hand, is dire — it means the storm is looming and it’s time to evacuate.

Can I get last-minute flood coverage for my car?

Car insurers usually won’t sell or update policies if your location is under a hurricane watch. If a watch hasn’t been issued yet, talk to your agent about adding comprehensive coverage. Comprehensive coverage is insurance that covers incidents other than car accidents. If you’re greenlighted to buy one, there’s no waiting period.

Do I need coverage if I live in a low-risk zone?

Even if you live in an area that has a low risk of a direct hurricane hit, there’s still a chance that you could be assailed by a storm and its accompanying deluge. As a matter of fact, people outside of high-risk areas file more than 25 percent of all flood claims.

Storm surge is also a dangerous offshoot of a hurricane and can pummel seemingly low-risk areas. Storm surge is a tsunami-like torrent of water that’s pushed ashore by a hurricane. It poses a massive flood risk, not only along the shore but inland. To illustrate this, Hurricane Katrina spawned a 28-foot storm surge, flooding 12 miles inland in Mississippi.

When a hurricane makes landfall, it can also release terrifying downpours. When Katrina barreled into New Orleans, not only did apocalyptic floods ensue, but it overwhelmed the city’s levees and drainage canals. Nearly 80 percent of the city was underwater.

I’ve heard of flood maps — what are they?

A flood map is a map of hypothetical floods depicting the chances of floods in your area. The map is divided into zones illustrating the frequency and intensity of floods These maps are not predictors of where water will actually go during a hurricane or how severe floods will be. It’s only a guideline and shouldn’t be depended upon for insurance preparation.

What does flood insurance protect?

• Contents — NFIP offers maximum coverage of $100,000 for personal property (clothing, furniture, beds, etc.), in actual cash value. This means it only covers the cost of replacing damaged or lost contents based solely on their depreciated value. For greater peace of mind, Neptune Flood offers up to $500,000 comprehensive coverage for your home’s contents.

• Home — NFIP tops off coverage at $250,000, which replaces damaged property (foundation, carpet, etc.) with new property, regardless of depreciation, if you’re insuring a single-family, primary residence. Neptune Flood offers higher limits of up to $2,000,000 for the home where you’ve made wonderful memories.

We can also go above and beyond by providing replacement cost, temporary living expenses, basement contents, pool repair/refill and detached structures. And we offer enhanced flood coverage that can save you up to 25 percent on your premium.

What about FEMA assistance?

If you suffer hurricane-related flood damages without insurance, FEMA assistance may sound like a white knight that will come in and save the day. However, it comes with strings attached, so it’s not a quick fix. Federal disaster assistance is only provided when there’s a Presidential Disaster Declaration. President Donald Trump issued disaster declarations for Hurricane Harvey, Hurricane Irma and Hurricane Maria because their damages, including floods, were cataclysmic.

However, most floods don’t command a declaration. Additionally, if you are unable to attain a FEMA grant, you’ll have a low-interest disaster loan hanging over your head, and you’ll be required to immediately pay back the loan debt you already have on your property.

Did you know that disaster assistance from FEMA won’t return your home to pre-hurricane condition or replace most of your cherished belongings? Also, remember that FEMA evoked scathing criticism during Hurricane Katrina when the agency’s aid was allegedly late or nonexistent.

This may be what you have to look forward to if you don’t have flooding insurance in place in advance.

Can forecasters predict what type of hurricane will hit?

As with any type of prediction, there’s always room for error. However, AccuWeather forecasters anticipate that the 2019 hurricane season will be near- to above-normal, with 12 to 14 storms. Five to seven of those storms are expected to become hurricanes and two to four are forecast to become major hurricanes (Category Three or greater).

Looking at the 2018 season gives chilling evidence of what actually did happen. The season produced a total of 16 named storms. These included eight hurricanes — a whopping half of the named storms – that were Category Three, Four or Five.

“This year,” says AccuWeather Atlantic hurricane expert Dan Kottlowski, “we think that there will be a few less hurricanes. But again, the old saying is, ‘It only takes one.’ ”

Neptune Flood understands how a hurricane could shatter the life you’ve worked so hard to build. That’s why we encourage you to buy insurance from us far in advance of the hurricane season. Time is of the essence, so contact us today and you’ll be ready for the worst and backed by the best.