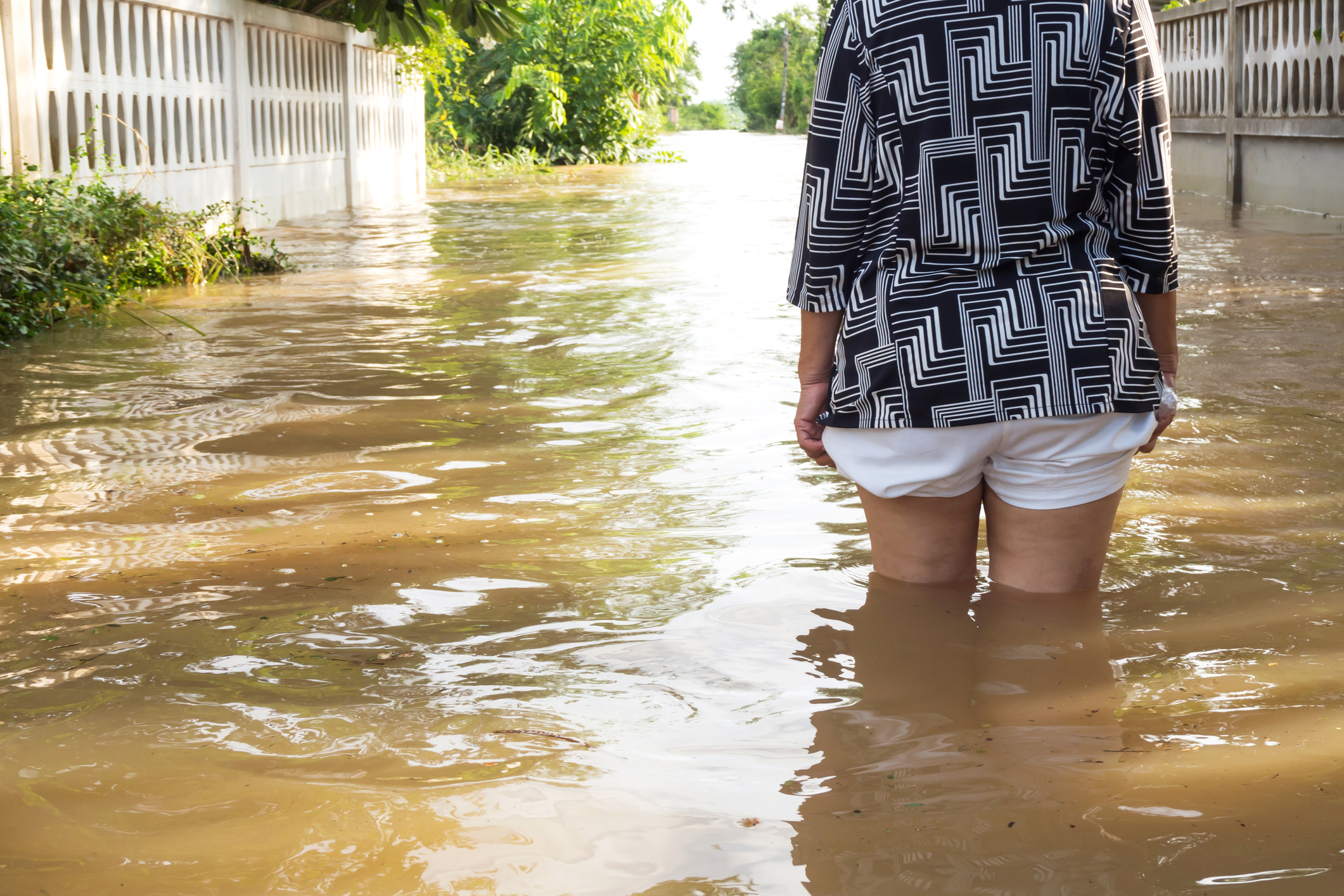 The health risks of being exposed to flood water are significant. At Neptune Flood, we want you to be aware of flood water and it’s health risks, such as what may be in the water that you are walking in, as well as drinking. The longer you are exposed to the floodwaters, you stand at higher risk of the following effects.

Floodwater often becomes contaminated with sewage, chemicals, bacteria, parasites, and fuel. If exposed to these hazardous substances for an extended period, you are at risk of serious health issues including:

Open wounds that have come in contact with the waters can become infected. You can protect yourself and your family by following these steps:

Water from flooding may contain animals, insects, and reptiles that have been displaced. When walking through water, you should be alert and, if possible, avoid contact. You can also get diseases from animals coming into contact with floodwaters. Like humans, these animals are likely to become infected by the contaminants in the water. Then, you’re exposed to them when you touch an animal or eat contaminated food.
Food and Water Issues

The floodwater can become contaminated with chemicals, bacteria, chemicals, and other contaminants that cause serious health issues. Stay away from food affected by flooding or from drinking the water as you make get food poisoning from bacteria in the water. Drinking bad water or eating contaminated food could also lead to gastrointestinal diseases.

Before the disaster, you should have bottled water on hand as an emergency supply. Water with germs can sometimes be made safe to drink through boiling and disinfecting. However, if the water has been exposed to hazardous chemicals, it will still not be safe to drink.

Water after flooding contains potential drowning risks for everyone, even the best of swimmers. Moving swiftly, water can also be deadly. Standing water that is shallow can also be a dangerous hazard for small children.

Vehicles can be swept away and do not provide protection from flooded waters; they can also easily stall out.
Environmental Issues

Chemicals from materials in flood water can cause health problems such as acid rain, air pollution, landslides, cesspool explosion, or an explosion from fuel storage tanks. Also,
because floodwaters may have moved containers of chemicals or solvents from their usual storage areas, you should be aware of potential hazards.
Electrical Hazards

Downed wires can be dangerous and should be avoided. Power should be turned off if water has been near electrical circuits and equipment. Do not turn it back on until electrical equipment and circuits have been inspected by a qualified electrician.

Be careful of any electrical fires that could potentially happen.