Flash Flood: What is it? 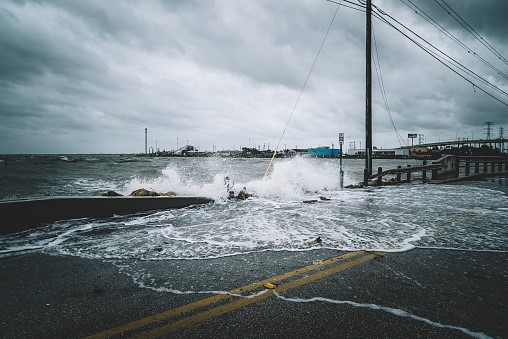 Most people have been lucky enough to only experience flash floods in the movies. A thundering wall of water comes crashing down the canyon, carrying uprooted trees in the floodwaters and drowning cattle and horses. Cowboys desperately try to climb the canyon walls. Some may be swept up by the raging water. That’s the stereotypical image of a flash flood.

The Most Dangerous Type of Flood

The reality is far more frightening. A flash flood is considered the most dangerous type of flood because of how quickly the waters rise and how unpredictable these floods are. Technically, a flash flood peaks in less than six hours, but the water could rise much quicker. Flash flood warnings are normally issued, but not everyone will be aware of the impending danger.

At times, there’s no warning before the flood strikes. People are trapped in their cars, swept away by the rushing waters. People in buildings or on foot may not be able to get high enough, fast enough. After the flood, the scope of the damage to humans, animals and property can be catastrophic.

What Causes a Flash Flood?

Several conditions can cause a flash flood:

Heavy Rain Combined with Soil Unable to Absorb the Water

Heavy rain on soil that is too saturated to absorb more water or heavy rain on dry soil that cannot absorb much water are deadly combinations. Flash flooding is a well-known danger in desert regions after a heavy thunderstorm dumps a lot of water on very dry land.

Whether the soil is water-logged or very dry, the runoff, or water that can’t be absorbed by the soil, follows the topography of the land, collecting in streams and gullies. These streams/gullies flow very fast, rapidly grow in volume, collect debris and present a very real danger to anyone or anything in the flood’s path.

When spring finally arrives, snow and ice dams melt high in the mountains. Trickles of water merge, forming ever-larger streams. If a thunderstorm adds torrential rain, you could suddenly be facing a flash flood.

Flooding and hurricanes have become linked in the minds of most Americans. While people fear the 100 mph or more winds, water causes far more damage. When the conditions are right, flash flooding can occur as well as more slowly-rising flood waters.

Two of Iceland’s most popular tourist attractions are volcanoes and glaciers. Not many spots in the world have both. It’s certainly not an everyday event (or a problem that will rate very high on your worry list unless you plan on living near an active volcano in Iceland), but a volcanic eruption can melt a glacier, causing unexpected flash flooding.

In 1975, the Banqiao Reservoir Dam in China suffered catastrophic failure during Typhoon Nina, suddenly releasing a terrifying wall of water. About 171,000 people died, the highest number of deaths ever recorded from a dam failure and flash flood; 11 million people were left homeless.

The worst flash flood in the U.S. was the Johnstown Flood of 1889. An exclusive hunting club restored an abandoned earthen dam to create a lake. Complaints about the unsafe dam from the citizens of Johnstown, 14 miles downstream from the dam, were ignored. After several days of extremely heavy rain, the dam failed. An estimated 20 million tons of water and debris, including rail cars, houses and trees, raced toward the city, flattening everything in its path. More than 2,200 people died.

Floodwaters that would be absorbed by the soil in the country can turn deadly in the city. Roads become fast-flowing rivers. Get out of the area as quickly as possible, but don’t try to cross the flooded road. An SUV can be carried away by as little as 2 feet of water.

Over half of the deaths from flash flooding occur when overconfident drivers try to cross a flooded intersection. They underestimate the incredible power of fast-moving water.

Many people wish they had flood insurance, but don’t think it’s affordable. In 2016, Neptune Flood took a new approach to this problem, merging advanced technology with insurance expertise. The result? Innovative and affordable flood insurance that can save you up to 25% for the same coverage you’d get with the NFIP.

Visit Neptune’s intuitive, on-demand platform and look for yourself. Save money for the flood protection you need. You never know when the next flood is coming.